A. Hugo Blankingship, Jr.. co-founder of Blankingship & Keith, PC, practiced law in Northern Virginia for over sixty years. He is now retired. 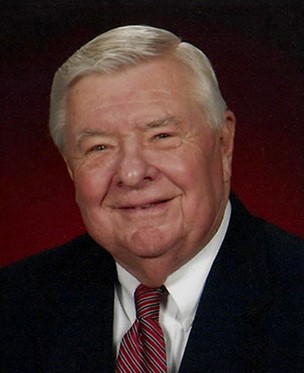 He had extensive experience in a wide variety of matters, including eminent domain and real estate tax valuation cases, commercial real estate, business transactions and land use matters. Hugo was a skilled trial lawyer and tried a variety of cases throughout his career.  He was also an excellent and innovative negotiator who was able to settle scores of apparently intractable disputes to the relief of his clients.  Hugo also served a President of the Virginia Bar Association.

His clients included large, national companies, state and local government agencies and individual property and business owners. He was involved in some of the largest eminent domain cases in the region, including the condemnation of a major utility company by a local government.

His practice also involved providing counsel and assistance to various business interests. He served as a Director and Member of the Executive Committee of a local bank and as Chairman of the City of Fairfax Economic Development Authority. He also served as counsel to several distinguished institutions with national prominence.

Hugo is a former Member of the Board of Trustees of the Protestant Episcopal Theological Seminary in Virginia and was the Chancellor of the Episcopal Diocese of Virginia from 1977 to 1987. He was also an Emeritus Trustee of Trinity School for Ministry, an evangelical seminary in the Anglican tradition. In 2015, Hugo was asked if was willing to lend his “good name and reputation” to what became Trinity’s A. Hugo Blankingship, Jr. Scholarship Fund. He agreed but added in characteristic humility that he was willing only so long as the focus was on helping the school.

Hugo grew up in Cuba where his father was the Episcopal Bishop. From an early age, he developed a life-long love of the Cuban and Spanish-speaking people, and a deep concern that the Christian church prosper among them, particularly the Anglican expression of Christianity.